Continued traction for our "WIGO" bundles since their launch late June last year, resulting in 188,600 "WIGO" subscribers at March 31, 2017, boosting quad-play penetration (excluding BASE) to 24% of cable customers.

BASE integration well under way as we already upgraded approximately 25% of our macro sites and migrated just over 11% of our MVNO customers to our acquired network by the end of March 2017, keeping us on track to reach €220.0 million of synergies targeted by 2020.

Revenue(2) of €616.0 million in Q1 2017, +11% yoy on a reported basis and reflecting a full quarter contribution from BASE and the sale of Ortel Mobile NV ("Ortel") to Lycamobile as of March 1, 2017. On a rebased basis(1), our revenue in Q1 2017 was broadly stable yoy with higher cable subscription and B2B revenue being offset by continued pressures on our acquired mobile business and substantially lower revenue from handset sales.

Adjusted EBITDA(3) of €289.4 million in Q1 2017, +10% yoy and +6% yoy on a rebased basis. Our Adjusted EBITDA growth was primarily driven by (i) substantially lower costs associated with handset sales and subsidies, (ii) lower sales and marketing expenses due to phasing, (iii) lower integration and transformation costs versus the prior year period, and (iv) overall control of our overhead expenses. 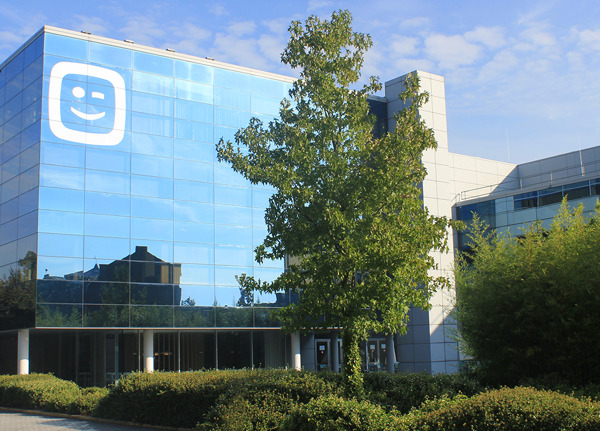