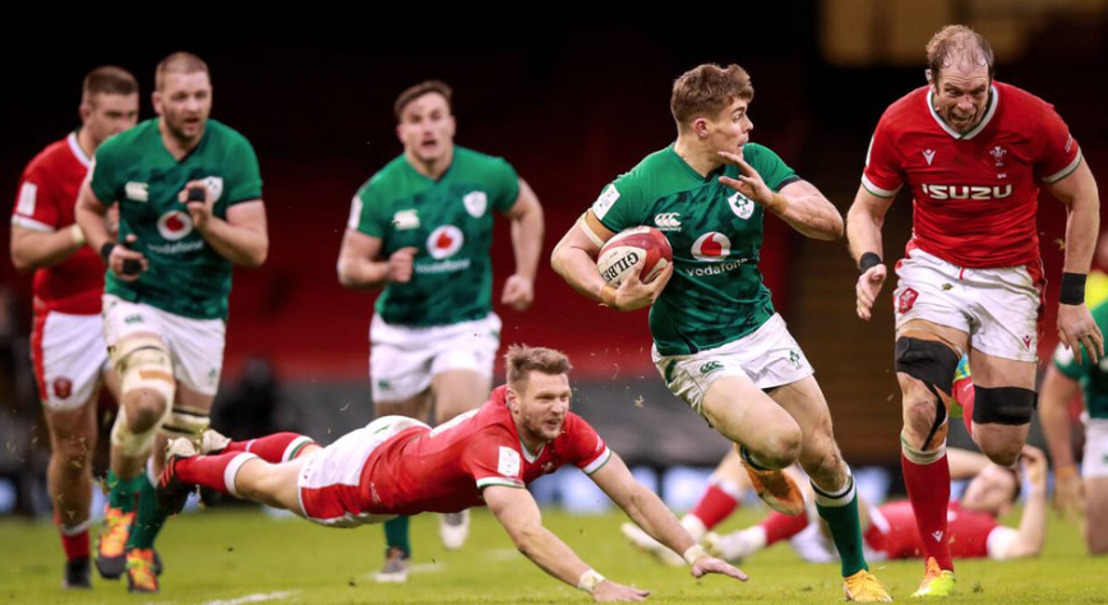 This Saturday marks the start of the largest annual rugby tournament in the northern hemisphere – the Six Nations Rugby Championship. The tournament, which runs from 5 February to 19 March, will for the first time ever be broadcast live and with Dutch-language commentary on Flemish TV. And that is necessary to give Flemish rugby an extra boost, says Mathias Rondou, Director of Rugby Vlaanderen.

The Six Nations Championship is the largest annual rugby tournament in Europe. The best six teams from our continent – England, France, Ireland, Wales, Scotland and Italy – will compete against one another for six weeks for the title of best European rugby nation.

For the first time, the Flemish people will be able to follow the entire tournament live on a Flemish TV channel – Play Sports – with Dutch commentary. Ideal for loyal fans or for anyone who wants to find out more about the sport. According to Mathias Rondou, Director of Rugby Vlaanderen, it is an important milestone in increasing the popularity of rugby in Flanders.

"The popularity of rugby in Flanders is systematically increasing, but we remain a small sport, of course, compared to football, cycling and hockey. We currently have 5,000 members affiliated with 30 clubs. Five years ago, there were only 3,500 rugby players, so we are definitely growing. Every time the sport is in the media or shown on TV, we notice an enormous boost in the number of members. After every World Cup, for example, we see our membership numbers rise exponentially. The fact that the Six Nations Championship will now be broadcast in full on Play Sports is very important.” ​ Mathias Rondou, Director of Rugby Vlaanderen

John Porter, the CEO of Telenet, is a big rugby fan, and he is happy that the sport is enjoying greater visibility in Flanders.

“Our aim with Play Sports is to bring a variety of sports closer to the general public. Of course, the big football, basketball and cyclocross competitions are the most watched, but we think it is very important to regularly put the spotlight on other sports as well. Rugby is one of the most enjoyable sports in the world to televise. The matches are full of action. Respect and fair play are the highest good. You will hardly ever see players protesting a referee’s call. The mutual respect between the teams is also enormous. At the end of the match, the losers even make an honorary arch for the winners. So, I am not only a fan of the physical, powerful and fast actions, but also of the noble values that are part of rugby.” ​ John Porter, CEO of Telenet

This year’s Six Nations Championship Tournament promises to be extremely exciting. The Anglo-Saxon teams are very evenly matched and have all been in very good form in recent months. In addition, all of the countries are looking to test their abilities for the Rugby World Cup which will be held in France next year.

Another important thing for rugby fans to know: All tournament matches will be played in front of spectators and, of course, in compliance with the applicable corona regulations in each of the six organising countries. This way you can enjoy the atmosphere of the live matches right on your screen.

Finally, it is probably best if the absolute rugby newbies try to memorise a few terms and rules of play before tuning into the Six Nations Championship.

Specifically, two teams of 15 players each meet on the pitch for a match that lasts 2 x 40 minutes, with a 10-minute break between halves. The goal is to reach the goal line with the ball, where points can be scored. One team runs with the ball, the other tries to prevent them from reaching the goal line.