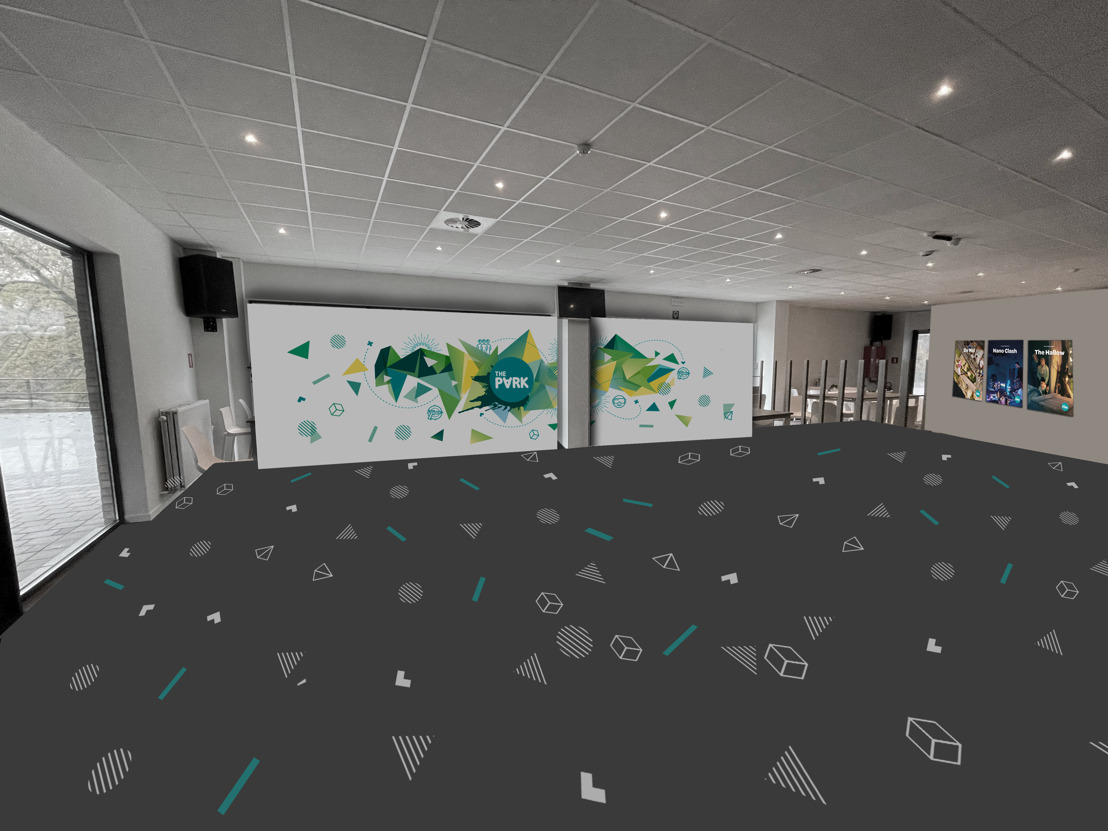 Leuven – Anyone who wants to unmask 'The Mole' or hunt down zombies as if they were walking right in front of you can visit the brand-new Virtual Reality venue The Park in Leuven from Saturday onwards. The Park is opening its sixth Belgian branch in OH Leuven’s stadium. The Park’s formula for success is clear: together with a group of friends or family members, you put on VR goggles and spend 45 minutes interacting with an unfamiliar world in which you accomplish various missions together.

Virtual reality experiences are a booming business in our country. This week The Park, Telenet’s Virtual Reality halls, opens yet another brand-new VR arena. After previous successes in Antwerp, Brussels, Ghent, Hasselt, Kortrijk – as well as in the Netherlands and Switzerland – Leuven becomes the home of the sixth The Park location in our country and the tenth in the Benelux.

Hunting for The Mole or for zombies

Under Tribune 1 of OH Leuven’s stadium, visitors can immerse themselves live in various virtual worlds starting on Saturday, 29 January onwards. The Mole – based on the popular television show, The Hallow – a magical mission to hunt down zombies and aliens, and Nanoclash – a battle between humans and robots who want to take over a city – will be available. A K3 game will also follow later this year. Players will be able to move freely around the two ‘free roam’ fields of 50 m² each because their VR goggles are not attached to cables.

"This new VR arena is the tenth in three years in the Benelux, not counting our pop-up halls at various Kinepolis locations. Our ambitions remain high: we want to give as many people as possible a chance to immerse themselves in a VR experience, and we want to be present in the largest Flemish cities. The Flemish Brabant region was still missing from our list, and we’re filling this gap with the opening in Leuven. Our target audience is very diverse: in addition to students, we also get groups of friends, colleagues, bachelor parties, or families with parents and grandparents." Philippe De Schutter, CEO of The Park

“OH Leuven is extremely proud that our partner Telenet is using the King Power at Den Dreef Stadium as the venue for their Virtual Reality The Park Playground. This shows once again that we are recognised as an innovative club that is open to innovative ideas. We hope that this initiative will inspire other companies and organisations and lead to our club.” Frederik Vancauteren, Chief Commercial Officer of OH Leuven

The VR experience in Leuven is a digital masterpiece. The Park works with the highest quality VR goggles (HTC Vive Focus 3) and local streaming. Participants no longer need to carry a backpack or a suitcase where the computer power comes from, so batteries do not have to be replaced all the time. The high-tech connections ensure ultra-fast image processing so that players do not experience any loss of speed or accuracy.

The Park takes specific measures to keep the gaming experience corona-proof. For example, all installations and rooms are disinfected for each visit and masks are obligatory. Access to the venue is only possible on presentation of a Covid Safe Ticket.

If you would like to play The Mole, The Hallow, or Nanoclash, you must make a reservation on the website in advance: www.theparkplayground.com/nl/cities/leuven/. Those who book until the end of February will receive a 20 percent discount. If a Covid infection or quarantine period interferes, you can rebook your game to a later date free of charge.

The Park is a corporate venture of Telenet and 9.5 Magnitude Ventures. The mission is to bring the future of entertainment to the general public. The Park was launched in 2018 in Antwerp. In the Netherlands, The Park entered into a partnership with Vodafone. In three years, The Park has grown to eleven permanent locations in Belgium, the Netherlands, and Switzerland. Since then, The Park has received more than 170,000 visitors. The Park provides immersive virtual reality experiences and an example of what we call ‘phygital’ entertainment. It offers people a team experience on the boundary between physical and digital life. The Park continuously invests in new experiences, which they develop together with the Ghent-based company Triangle Factory. In the meantime, there are five different free-roam VR experiences. These are accessible to all age groups. At The Park, you can go mole hunting in The Mole (based on a well-known TV format), free hostages as a real SWAT team in The Heist, dismantle a bomb in NanoClash, or chase zombies in The Hallow.

Note for the press

If you are interested in dropping by and testing the new VR venue in Leuven yourself, that is possible on a date of your choice. Please contact Esther Zaman ([email protected]) to schedule your visit.