With her network, expertise and reputation, Muriel will put the launch of CoderDojo Belgium in Wallonia on the right track and ensure extra visibility. There is a great demand for programming sessions. In Flanders and Brussels, CoderDojo already reaches some 25,000 children each year. It is Muriel’s ambition to make CoderDojo an equally great success in the south of the country.

Time to get to know Muriel better

Where does your passion for technology come from?

When I was a child, I already loved games that required logical thinking. Growing up, I became interested in using mathematical formulae in technological applications. I decided to study physical engineering, and became fascinated by quantum physics, superconductivity and nuclear sciences.

Why do you support CoderDojo Belgium?

The future is becoming increasingly digital. Today, not enough young people are finding their way to technical and scientific fields. If we are to prepare our children for the jobs of the future, they need to embrace technology. That is why CoderDojo Belgium is such a wonderful initiative. We must give children a taste of coding in a fun way. Everyone should get that opportunity. Girls and children from deprived neighbourhoods or families in particular must not be forgotten!

How good are your own programming skills?

From an early age I was fascinated by everything connected with technology. When I was ten, I began attending extracurricular activities such as programming classes. During my studies I explored programming languages such as FORTRAN and Smalltalk. I must admit it has been some time now since I last did any programming. I would compare it with cycling: you never lose it.

What do you want to teach children today?

Science, mathematics and technology can really be fun! Give it a chance and don’t be mistaken: girls can code too!

In 2013, Telenet endorsed the project of CoderDojo Belgium, and has since helped to give shape to CoderDojo in Belgium as a structural partner. This partnership came about through the common ambition to acquaint as many young people as possible with all that the digital world has to offer. We wish Muriel and CoderDojo Belgium every success with their further plans in Wallonia. 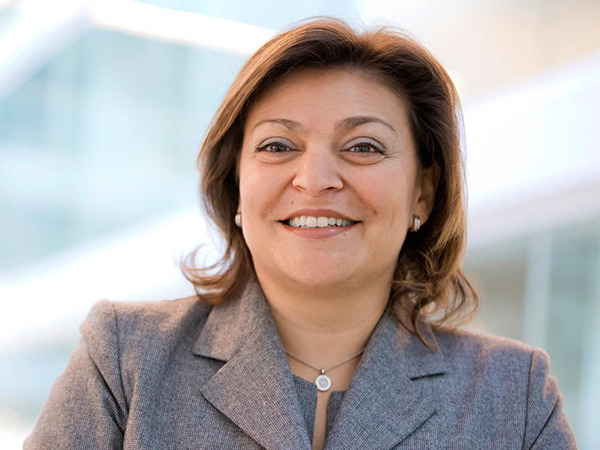 Telenet Group is part of Telenet Group Holding NV and is quoted on Euronext Brussel under ticker symbol TNET. For more information, visit www.telenet.be. Liberty Global - one of the world’s leading converged video, broadband and communications companies, innovating and empowering people in six countries across Europe to make the most of the digital revolution – owns a direct stake of 57.9% in Telenet Group Holding SA/NV (excluding any treasury shares held by the latter from time to time).