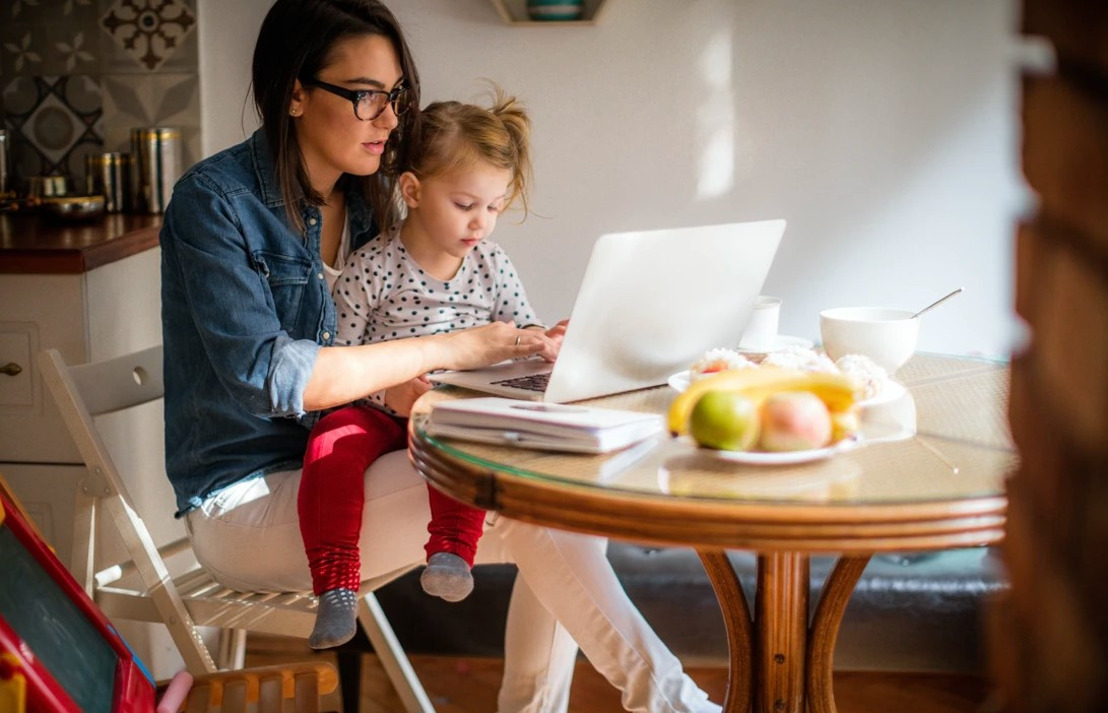 Almost half of all persons able to work from home during the past two months considered video conferences to be more efficient than physical meetings. However, this does not mean that they would like physical meetings with their colleagues to be abolished: Because they no longer have the chance to chat with their colleagues at the coffee machine, 52% feel insufficiently informed about what is going on at their company. This was revealed by a survey conducted by Telenet among more than 1,500 Belgian residents, of whom almost 500 were working from home part-time. One third of these respondents participates in video conferences, but would prefer to switch off their camera. Conversely, 27% are annoyed with colleagues who refuse to show their faces during a video meeting.

What’s remarkable is that now that we were able to test online communication on a relatively large scale 42% are convinced that video conferences are more efficient than physical meetings. Nevertheless, only a ‘bit more’ than one out of five (24%) actually prefers online to physical meetings. Therefore, it is clear that we miss direct contact with others. However, because they miss chatting with their colleagues at the coffee machine, 52% feel inadequately informed of what is going on at their company. These results were obtained from a study conducted by Telenet among more than 1,500 Belgian residents.

A hate-love relationship with the camera

‘Could you repeat that?' or a loud echo resounding throughout the room: these are only a few of the most annoying issues that video conference participants have been grappling with. More than half (53%) of all teleworkers are annoyed by colleagues who do not ‘mute’ (switch off the microphone). One out of every three (33%) nevertheless participate in video conferences, but prefer to switch off their cameras. Conversely, 27% are annoyed with colleagues who refuse to show their faces on video. One out of every five teleworkers (22%) do not feel at ease during online meetings and almost one out of three (30%) say that they enjoy catching a glimpse of their colleagues’ home environment.

Additionally, 60% of all Belgians who had been teleworking in the past few months encountered problems with regard to sound quality, while 50% complained about poor video quality and 39% state that the participants are not always able to enter the video conference. Almost one in five (19%) appear not to encounter any problems at all. In the past few months we have had to rapidly familiarise ourselves with video conferences. However, experts say that quite a bit of improvement is still needed with regard to clearer communication and body language.

‘Now that we are working remotely more often it is important to think about how we translate our body language to virtual meetings. We often do not know how to act during video conferences because we are concerned about our appearance and spend too much time looking at our own faces. As a result, we adopt an unnatural position, start fidgeting or switch off our cameras. Nevertheless, at least 60% of our communication is still non-verbal. Therefore, it is important to make a real effort to improve your non-verbal communication and give some thought to this before entering a video conference. This will only be of benefit to your appearance but also to your ability to communicate.’
​Eva Vissers of Human Frequency, expert in non-verbal communication

Your camera is not a mirror

Prepare for your video meeting by making sure that aspects like technology, content and your physical appearance are in order. Test your sound and video quality, as well as the lighting: avoid overhead lighting and try to make use of natural lighting that illuminates you from the front. You can also put an extra lamp just behind the lens of your laptop to give your self some extra lighting. Ensure a neutral, uncluttered background. Before you start, take a look in the mirror to check your hair or your collar. If you are satisfied with your appearance before your conference, you will avoid using your camera as a mirror, which would make a nervous and unprofessional impression.

Look deeply into my eyes...

Always position your camera at eye level. After all, you don’t want to look down at people, or let them look inside your nostrils! Eye contact is of crucial importance, also during video conferences. When you look deeply into someone’s eyes your brain will start to produce oxytocin. It makes no difference whether you do this live or via a video screen, and it lets you build up more trust and establish an even closer connection with the person to whom you are speaking. Most attendees of a video meeting will look at the person on the screen or at themselves, which makes it seem as if they are looking at something at the bottom of the screen. To avoid this and remind you to look into the lens, you can use the following tip: position the lens of your camera at eye level and perforate a post-it with a smiley shape. Affix this to the camera so that the nose of the smiley is positioned perfectly over the lens. You will now look directly into the camera at all times. Some online meeting tools also enable you to swipe your own image to the top of your screen.

What happened to everyone’s hands?

Ensure an appropriate distance to the camera: ideally, you should be able to see some space above your head, and the upper part of your torso will be visible. This will enable you to exhibit more body language. People naturally like to look at hands; they instil confidence. If they are not visible, we become distracted on account of numerous unconscious processes in our brain. If you tend to use clarifying gestures when you talk, you will not only appear more charismatic and energetic; they will also lend your words additional support and make your message easier to understand. Gesticulations also help you to think and speak more clearly. However, try to restrict nervous body language to the greatest extent possible: don’t fidget with your hair or constantly pluck at your sleeves. Put any objects that could distract you far away from you. If there are more than five participants in your video conference, decide in advance how you will indicate that you wish to speak. Some online meeting tools have an option that allows you to raise a virtual hand.

Telenet Group is part of Telenet Group Holding NV and is quoted on Euronext Brussel under ticker symbol TNET. For more information, visit www.telenet.be. Liberty Global - one of the world’s leading converged video, broadband and communications companies, innovating and empowering people in six countries across Europe to make the most of the digital revolution – owns a direct stake of 58.28% in Telenet Group Holding SA/NV (excluding any treasury shares held by the latter from time to time).